How to run Flutter App on Android device? (2 Steps Guide) 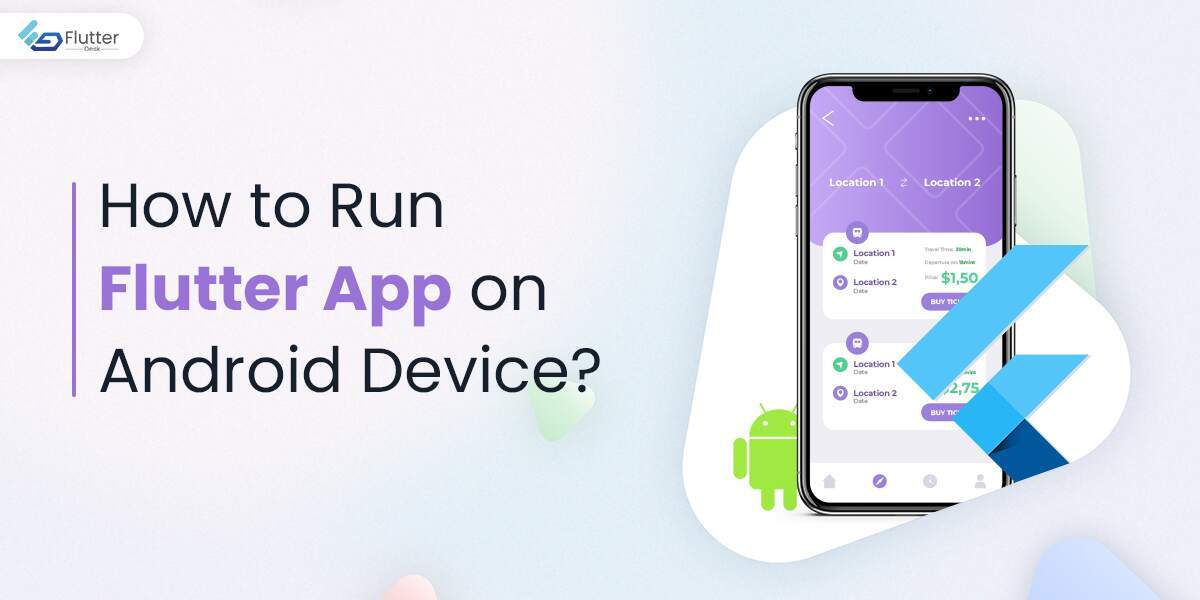 In the present times, mobile application development is on a rise. The potential of outshining your business through mobile apps is also proving itself to be worthy. There are around 2.65 million apps available on Google Play Store. There is a definite potential to reach a wider audience online with such a huge number of apps. However, later in this blog, we will discuss how to run the Flutter app on Android devices.

Flutter is Google’s developed cross-platform framework used for building highly scalable apps. You can create fast, responsive, and intuitive apps using the Flutter framework. Interestingly, Flutter has many features that assist developers to code effectively. The hot reload and null safety are its major features that are very useful.

Let’s move towards knowing how to run the Flutter app on an Android device.

While building Flutter apps, we need to go through several steps. Be it deployment, testing, or the launching stage, developers have to put keen attention to a project. Similarly, developers need to do app testing in different ways. One of the ways to test a Flutter application is by running it on an Android device. Stay adhere to us as we are about to get to know how to run the Flutter app on android devices.

Getting Started with Running a Flutter App on Android Device

Step 01: Firstly, connect your Android device with your PC or laptop and select “file transfer via USB” from the popup that appears on the screen.

Step 02: Next, you have to activate the developer option from your Android phone. To do that:

Step 03: After that your Android phone is in developer mode, go to developer options and enable USB Debugging. This will allow your device to communicate with the computer or laptop it is connected to.

After setting up your phone ready to say hello to your PC or laptop, now you have to install a mirroring application.

To mirror an Android phone on your laptop and PC, you can use any application to do so. But here, we are using Scrcpy.

To install scrcpy on your PC, download its latest package and extract its zip file. Then enable USB debugging from the Developer option on your phone. Connect your phone to your PC using the USB cable. Then allow the USB debugging as the confirmation popup appears. Run the “Scrcpy”.

Now that you have installed Scrcpy on your PC, you’re about a step closer to running the Flutter app on Android device.

Follow these steps to run Flutter app on Android device:

This was an easy guide to learn how to run Flutter app on Android device. You can easily test your application, identify improvable areas to make your app more productive. In all this fuss, I have a quick tip for you.

As a matter of fact, you should not opt for running a Flutter app on Android device. Rather, test the app physically on the phone. The reason is that, it gives you more accurate results when you test an app on the phone physically. Because testing an app on real device eliminates the chances of getting imprecise results due to the difference between real software environment and the emulated one. So, test your apps on a physical device so you get better results and get to build a more productive app.

This was it for today’s guide about how to run Flutter app on Android device. Feel free to leave any comment below if you have any questions or queries. FlutterDesk would like to be of help if you are facing any tech-related issues.